Three TecnoCampus athletes, awarded at the closing ceremony of the Catalan University Championships

During this season, 44 TecnoCampus students have been medalists representing UPF, including team and individual sports. 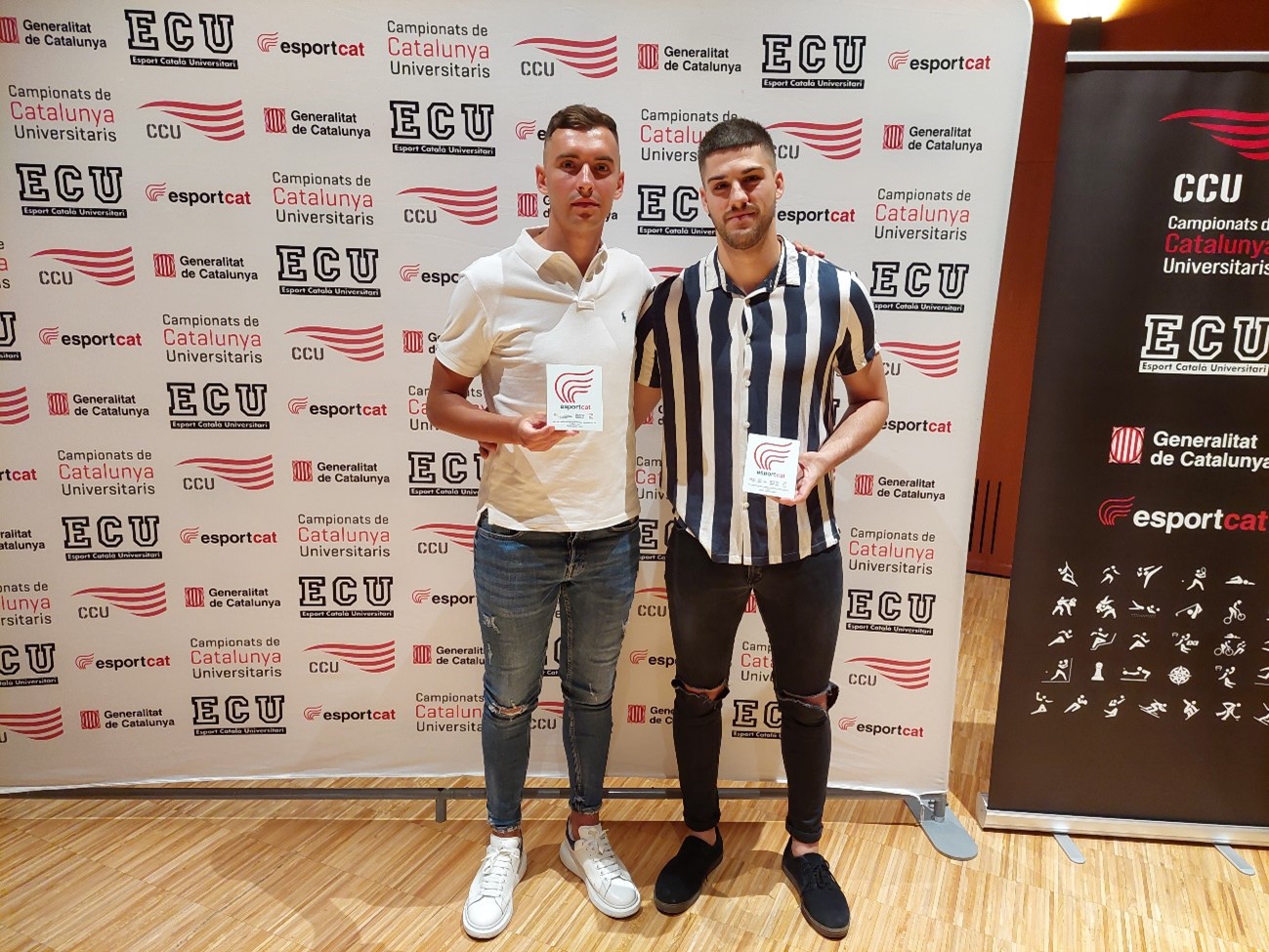 Each course increases the participation of TecnoCampus students in the championships, as well as the number of medalists. A total of 45 students have participated in sports competitions at Pompeu Fabra University in basketball, women's and men's indoor soccer, handball, athletics, judo, karate, swimming and taekwondo. A total of 35 students from the TecnoCampus have been university medalists in Catalonia as a team, and a total of nine students in individual competitions.

In the photo, Miquel Soler, on the left of the image, with Edgar Iglesias, on the right of the image, after receiving the award during the event held at Ramon Llull University.

The multinational HARTMANN and the TecnoCampus strengthen the collaboration links